ConflictNET - The Politics and Practice of Social Media in Conflict

Over the next five years an unprecedented number of initiatives will coalesce, contributing to an extension of the reach of the Internet to the world’s most remote regions. These efforts largely build on a conception of the Internet and social media as ‘liberation technologies’ (Diamond, 2015; Diamond & Plattner, 2012) that can help people realize human rights, improve access to services or reduce corruption (Schmidt & Cohen, 2013; Shirky, 2008, 2011). There has been far less discussion about the impact of extending Internet access to conflict-affected regions where the state is weak or has limited reach. ConflictNET will have the unique opportunity to follow, in real-time, ambitious efforts to extend the Internet to some of the world’s most challenging areas and ask difficult questions that are often overlooked. The central aim asks: How does increased access to social media affect the balance between peace-building efforts and attempts to perpetuate violence in conflict-affected communities?

The ERC grant will allow a project of unprecedented scope, combining qualitative and quantitative methods to analyse the uses and impact of social media on people and communities affected by violent conflict. ConflictNET will focus, more specifically, on conflict related to religion and politics in Eastern Africa as an entry point to understand the complex relationship between social media and conflict. Eastern Africa is a region where Information and Communication Technologies (ICTs) have had an un-even diffusion and where social media have taken root among some communities and in specific areas, producing important political, social and economic effects, while others, especially communities at conflict, have been marginalized, or, in a different fashion, have displayed unique forms of innovation connecting traditional ways of communicating with new media that have so far gone largely unnoticed.

Giovanni De Gregorio receives ‘My Data is Mine’ Award

Hate Speech and Content Moderation in the Horn of Africa: Socio-Legal Implications 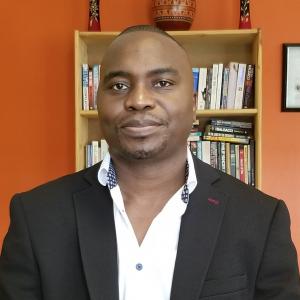