The pilot project, undertaken during 2016 and 2017, aimed to investigate the conditions in immigration detention and the nature of human-rights based detention monitoring in four countries affected by large scale migration, Turkey, Greece, Italy and Hungary. Working together we sought to understand the political and migration policy context, the structure of and conditions in detention, and the way that detention was being used. Most importantly, we sought to understand the structure and history of the National Preventive Mechanisms, how they were monitoring immigration detention and what they felt would help to improve the impact and outcomes of their work. You can read the final report from this project here.

The second phase of the project will develop this exploratory work.  It will focus in more detail on Greece in particular, but also Turkey and Italy. The project will build on the work already done to foster direct engagement and exchange visits among practitioners and academics. In so doing, we hope not only to better understand what is happening, but also to contribute to evidence-based practice, drawing on best practice and encouraging critical reflection and development.

Part of this project is to create briefing papers to bring a range of actors into dialogue to explore the potential for social change and for creating channels of accountability in the detention infrastructure. The first briefing paper outlines the methodology used by HM Inspectorate of Prisons (HMIP), which inspects places of confinement in the UK, including prisons, police and court custody, and military detention. HMIP has been routinely monitoring immigration detention since 2004 (see Bhui 2017). The second briefing paper maps the work and challenges facing civil society organisations in Greece, which are working with detainees. While a number of organisations monitor conditions in detention, most of their work is small-scale, and little of it is joined up. Organisations often lack secure funding or experienced staff. Under these conditions, their capacity to bring about change is limited.

HMIP is the lead member of the UK National Preventive Mechanisms (NPM), whose role is to monitor human rights under the terms of the UN Optional Protocol to the Convention Against Torture (OPCAT).  HMIP inspect and report on conditions in custodial sites, including prisons and detention centres. As a senior member of HMIP, Dr Bhui incorporates a long-term vision about how to deal with migration in an increasingly globalised world into his monitoring work.

These projects are funded by Oxford's ESRC Impact Acceleration Account. 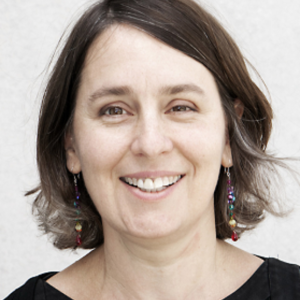