The project explores the claim that debates about how to respond to crime are always, in part, contests over the meaning and significance of political ideas.

The project explores the claim that debates about how to respond to crime are always, in part, contests over the meaning and significance of political ideas. It brings the study of crime (or criminology) and the study of political ideas (or political theory) into much closer dialogue than has been attempted hitherto and, in so doing, cultivates criminology’s capacity to think politically about crime and its control. Using theories of ideology and work in the history of ideas, the study examines what competing political ideologies have had to say about crime and its control and assesses the effects of the rise of crime as a governmental issue on the appeal and content of these ideologies. What kinds of ideological conflict and change take place around the criminal issue?  Can ideologies be re-shaped – even brought down – by crime? This study seeks answers to these questions.

This study will engage in close interpretive and contextual analysis of the ways in which disputes about the crime issue (what is it? who is responsible for it? how should one respond to it?) are always, in part, contests between different political ideologies and the meaning, significance and purchase of their core and adjacent concepts. It sets out to answer two sets of questions:

What do modern and emergent political ideologies (e.g., liberalism, conservatism, social democracy, populism, feminism, environmentalism, cosmopolitanism) have to say about crime and how have they respectively tried to shape the ways in which crime has been apprehended and responded to over the last several decades? What kinds of order or orders have they each sought to realize?

How have the content and fortunes of different ideologies been affected by the emergence and rising salience of crime as a social and governmental problem? How conceptually equipped have they been to adapt/respond to multiple demands for order? What realignments have taken place as a result of the engagement of these ideologies with crime? Is it possible to detect the formation and articulation of ideologies of crime control? 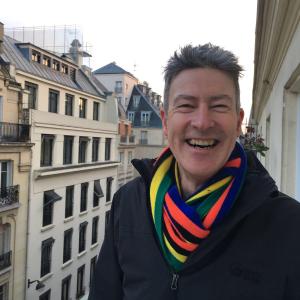