OTJR and its civil society partner, Fondation Hirondelle, developed the Innovative Media for Change project, a collaborative, cutting edge knowledge exchange project, run in conjunction with the Oxford Centre for Criminology. It was generously supported by the Economic and Social Research Council (ESRC) within its Impact Acceleration Account Scheme. The project built on OTJR’s long-standing expertise as an academic network bringing together academics and practitioners working on transitional justice issues, as well as Fondation Hirondelle’s expertise as an NGO supporting independent media in conflict and post-conflict zones.  But why Innovative Media for Change? The idea for the project was born out of two important observations:

Between 2015 and 2016 Innovative Media for Change enganged in different activities and produced various important outputs. Central to its aims were the launch of the online platform JusticeInfo.Net in June 2015 and its workshop on the role of media in transitional justice that brought into conversation practictioners, journalists and academics. Importantly, the workshop discussions built the foundation for the project's central output, the Innovative Media for Change report 'Opportunities and Challenges of Media in Transitional Justice'. 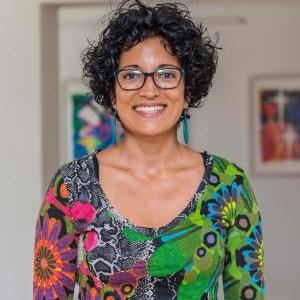