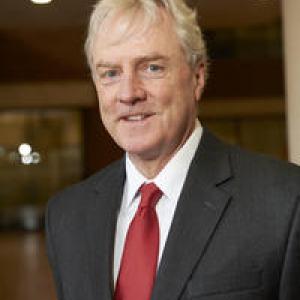 Julian Roberts was recently invited to make a presentation to the Minnesota Sentencing Guidelines Commission on the various ways that sentencing regimes address the issue of racial disproportionality.

In his presentation Julian reviewed recent developments in Canada and England and Wales. In Canada, the Criminal Code directs courts to 'consider all alternatives to custody, with particular attention to the circumstances of Aboriginal offenders'. This clause was introduced to address the high rates of indigenous incarceration. More recently, courts have applied the provision more broadly, to address the penal over-representation of Black offenders, and in recognition of systemic anti-Black racism in Canadian society. For example, the Ontario Court of Appeal is currently hearing an appeal against a trial court sentence imposed on a Black offender convicted of illegal possession of a loaded firearm. The trial court imposed a significantly reduced prison sentence to reflect the systemic factors in the offender's social circumstances and background.

Courts in England and Wales have not followed this approach. However, the Sentencing Council of England and Wales has taken a number of steps to address the sentencing of ethnic minority offenders. First, Council has published research findings documenting limited sentencing differentials for certain offences. Second, it recently commissioned research to determine whether its guidelines contribute to racial or ethnic disparity in sentencing outcomes. This step is consistent with the Minnesota Sentencing Guidelines Commission's 'neutrality review’. Third, the Council has incorporated information relating to racial and ethnic minority defendants into several of its recent guidelines.

The Minnesota guidelines simply state that: 'Sentencing should be neutral with respect to the race… of convicted felons. Apart from these 12 words excluding race as a sentencing factor, the 147-page document makes no further reference to the issue. The Commission offers no guidance or direction to courts sentencing ethnic minority offenders. Julian concluded his presentation by suggesting ways in which the Minnesota Sentencing Guidelines might be amended to consider the issue of race and ethnicity at sentencing.