Mohsin Zaidi completed his BA Law with European Legal Studies in 2007. Following his graduation from Oxford, Mohsin spent four years as a solicitor in the dispute resolution department of Linklaters LLP before working as a judicial assistant for almost a year from September 2013 to Lord Wilson of Culworth and Lord Sumption at the Supreme Court of the United Kingdom. In 2015, he transferred to the Bar and is now a barrister based at 6KBW College Hill.

Could you tell us about your journey to Oxford? How did you find the BA?

I never imagined I’d get into Oxford. I didn’t even think I’d get the requisite grades but at the end of my first year of A-levels, I did much better than expected. My parents then pushed me to apply. I recall vividly telling them that the university was for people like Benazir Bhutto, Bill Clinton and Imran Khan – not people like me. They insisted and so I applied, and now of course I’m glad that they did.
What attracted you to a career in Law?
A fear of gang violence meant that, on the last day of secondary school, there were police waiting outside the gates to conduct ‘stop and searches’ on the people in my year. I recall feeling helpless in the face of officers stopping us and I think it was this feeling that planted the seed of wanting to know and understand the rules that governed the relationship between state and citizen.
What did you enjoy studying most when studying at Oxford?
I most enjoyed the tutorial system itself, which is remarkable. The opportunity at 18 years old to have proper conversations with some of the world’s leading academics is a true luxury. I wish I had fully appreciated this at the time.
After Oxford, you worked for some time for Linklaters. Could you tell us more about your time with the firm, what you learned there, and to what extent it was formative for your career?
Linklaters is a place that strives for excellence in everything it does and it taught me to do the same. I worked on some high-profile cases, including the phone hacking scandal, and, amongst other things, learnt an immense amount about the importance of commerciality in advising clients. I will always be very grateful for my time at the firm. It taught me how to be a professional, allowed me to travel the world and helped me make life long friends.
After working as a Judicial Assistant, you then moved to the Bar, and have been a Barrister with 6KBW for 5 years now. How did that shift come about?
While working for them, Lord Wilson and Lord Sumption both suggested I consider a career at the bar. I had worked with 6KBW whilst I was a solicitor and was extremely impressed by them and by the mixture of cutting edge work they did. I felt very fortunate to be offered pupillage there. Although I’ve been lucky enough to work on some high-profile cases, including during my time at the Supreme Court, the cases that have most shaped my view of the criminal justice system are those I’ve prosecuted and defendant in the magistrates’ court. Unfortunately, I witnessed people being treated differently by the bench depending on the way they were dressed, the way they spoke and the colour of their skin. These experiences leave a lasting impression.
This year, you published your memoir, A Dutiful Boy, which reflects your experiences growing up as a gay Muslim. What was your motivation behind writing the book? 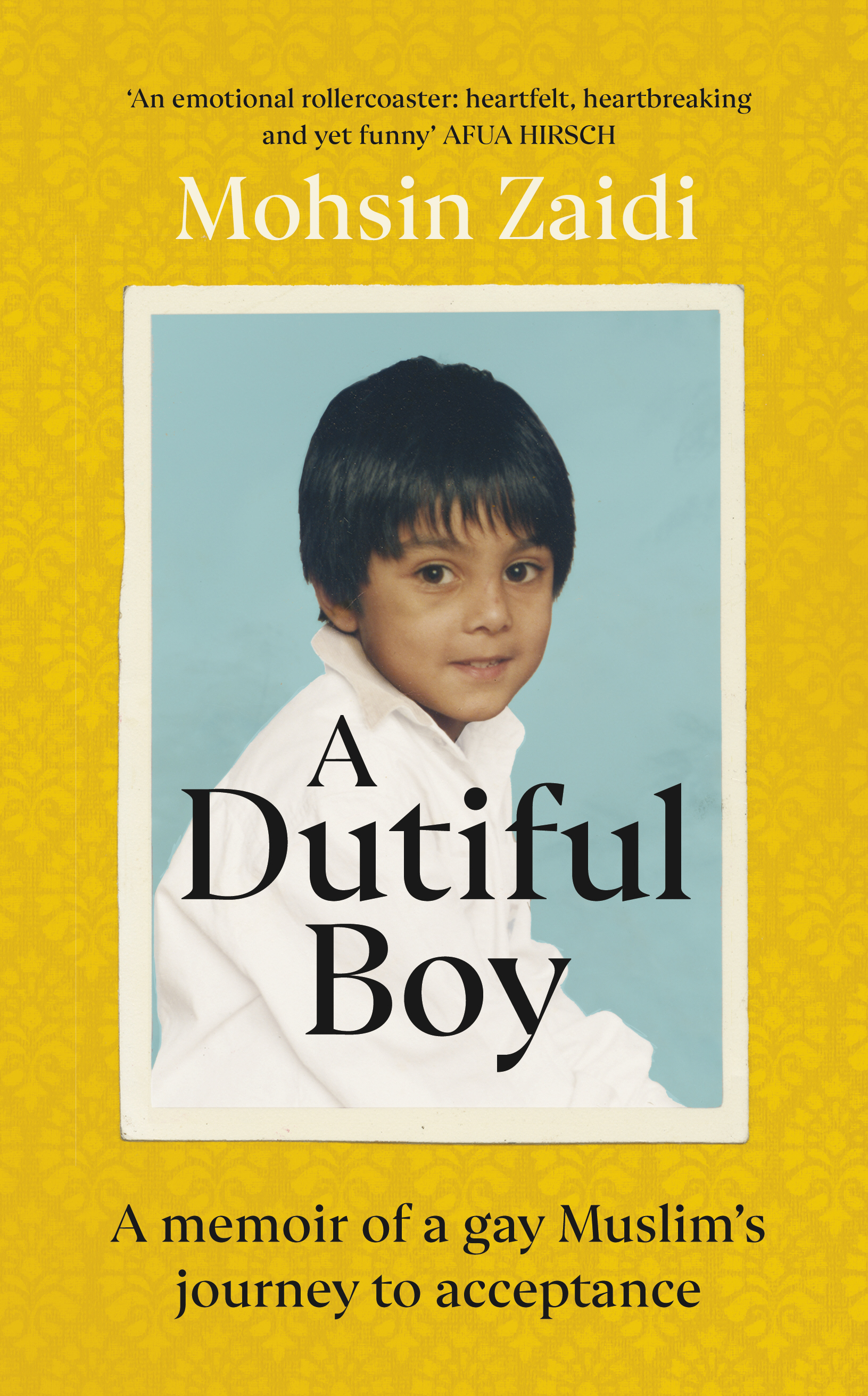 The book is as much about class and race as it is about sexuality and faith. But more than any individual theme, I hope the story collectively demonstrates what it means to be young and British today. We have become such a divided society and I believe that storytelling is the most powerful way of instilling compassion for others. It is this collective compassion that will overcome the barriers that divide us. None of us are just one thing and I wanted to write the book to help demonstrate ways of finding common ground where there is seemingly none.
What do you hope the book will achieve?
The book’s dedication reads as follows: 'To every young person struggling with their identity. You are not alone.'  Since publication, I have been overwhelmed by messages of support and solidarity from all over the world but also with messages from people who have struggled with some of the themes I address. It is humbling to think that the book has helped someone feel just a little less alone or given them the strength to speak truthfully with their loved ones.
There is a saying about the best books having windows, so you can see into another world, and mirrors, so that you can see yourself. Albeit a niche journey, I hope readers recognise a universality in the story and are able to relate to it even if they come from completely different backgrounds to my own.

You’re on the board of Stonewall - what barriers do the LGBTQ+ community still face within the legal profession? What changes would you like to see happen over the next five years?
As Audre Lorde put it, ‘there is no such thing as a single-issue struggle because we do not lead single-issue lives’. The biggest change I would like to see across the diversity spectrum is a greater focus on intersectionality. Instead of just looking at how the legal profession treats queer people or brown people or women, we should think comprehensively about creating professional legal environments that are accepting regardless of background.
What advice would you give to your 18-year old self as a student?
Having the time to sit down and learn something as an adult is a luxury. Make the most of it.
What careers advice do you have for current Law students?
It’s ok not to want to be a lawyer. There are plenty of interesting and challenging jobs out there and it is worth taking a moment to have a proper look before reaching for a training contract. If the law is for you, choose an area of it that you find interesting and enjoyable, regardless of how lucrative it may or may not be. In the long run, you’ll be wealthier for it.
What non-professional accomplishments are you most proud of?
Outside of the law, having A Dutiful Boy published by Penguin feels like something I can be proud of. Outside of everything professional, I am most proud of having danced in the Opening Ceremony of the London 2012 Olympic Games.
Finally, describe your ideal weekend!
My ideal weekend would be sitting on a beach with sunshine, good music and the company of family and friends.

I believe that storytelling is the most powerful way of instilling compassion for others. It is this collective compassion that will overcome the barriers that divide us.