Is the European Court of Human Rights walking back rights?

This is a hybrid event. To attend online, register here. The in-person event will take place in the Gilly Leventis Meeting Room at the Bonavero Institute. Please note that this event may be recorded.

Mads Andenas takes issue with the argument that the European Court of Human Rights has recently been ‘walking back’ rights. His recent research, with Alec Stone Sweet and Wayne Sandholtz (see e.g. ‘Dissenting Opinions and Rights Protection in the European Court: A Reply to Laurence Helfer and Erik Voeten’ and 'The Failure to Destroy the Authority of the European Court of Human Rights: 2010–2018'), demonstrates that the European Court has not in fact been walking back rights in Europe. Instead of walking rights back, the European Court has simply chosen not to move forward. It is a realistic and sustainable position for the European Court to emphasise the importance of restraint, but also to take a robust approach where there has been a breach of rights. Andenas argues that a similar dynamic can be observed in the United Kingdom at present: the judiciary is under an unusual degree of pressure and its response has been to signal that the judiciary is able to exercise self-restraint and at the same time to draw a line in the sands as regards core values, such as the important (and unappreciated) value of the rule of law. But, Andenas argues, we should question legal scholarship that goes too far in urging restraint: there is a danger of undermining the judicial process.

Mads Andenas holds a Chair in the Faculty of Law at the University of Oslo. He served as the Chair-Rapporteur of the UN Working Group on Arbitrary Detention. In 2019 he was appointed an honorary Queen’s Counsel. From the Lord Chancellor's recommendation: 'Professor Mads Andenas is considered a stellar academic and has been recommended for his work in the fields of comparative and international law, in familiarising academic and practising lawyers and the judiciary in this jurisdiction with other systems of law and by encouraging exchanges of views and approaches between common and civil lawyers.’

He has held academic appointments in the United Kingdom, including as Director of the British Institute of International and Comparative Law, London and Director of the Centre of European Law at King’s College, University of London. He held a part-time appointment as a Senior Fellow in European Community Law at the Institute of European and Comparative Law, University of Oxford (2001–9).

Kate O'Regan is the inaugural Director of the Bonavero Institute of Human Rights and a former judge of the South African Constitutional Court (1994 – 2009). In the mid-1980s she practiced as a lawyer in Johannesburg in a variety of fields, but especially labour law and land law, representing many of the emerging trade unions and their members, as well as communities threatened with eviction under apartheid land laws.

In 1990, she joined the Faculty of Law at UCT where she taught a range of courses including race, gender and the law, labour law, civil procedure and evidence. Since her fifteen-year term at the South African Constitutional Court ended in 2009,  she has amongst other things served as an ad hoc judge of the Supreme Court of Namibia (from 2010 - 2016), Chairperson of the Khayelitsha Commission of Inquiry into allegations of police inefficiency and a breakdown in trust between the police and the community of Khayelitsha (2012 – 2014), and as a member of the boards or advisory bodies of many NGOs working in the fields of democracy, the rule of law, human rights and equality. 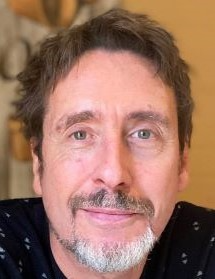 Gavin Phillipson has held a Chair in Law since January 2007, now at University of Bristol and is currently visiting fellow at the Bonavero Institute. He has published widely in in top law journals in the UK, Australia, Canada and the US,  written two books, and his work on privacy, speech and horizontal effect has been cited by appellate courts in the UK, Canada and New Zealand and used in argument before the European Court of Human Rights.