Recentering the World recovers a richly contextual, detailed history of Western-imposed legal structures in China, as well as engagements with international law by Chinese officials, jurists, and citizens. Beginning in the Late Qing era, it shows how international law functioned as a channel for power relations, techniques of economic domination, as well as novel forms of resistance. The book also radically diversifies traditionally Eurocentric accounts of modern international law's origins, demonstrating how, by the mid-twentieth century, Chinese jurists had made major contributions to international organizations and the UN system, the international judiciary, the laws of armed conflict, and more. Drawing on extensive archival research, this book is a valuable guide to China's often conflicted role in international law, its reception and contention of concepts of sovereignty, property, obligation, and autonomy, and its gradual move from the 'periphery' to a shared spot at the 'center' of global legal order. 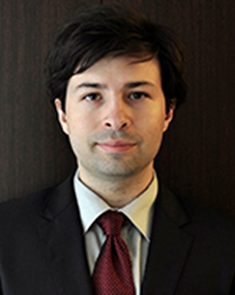 Ryan Martínez Mitchell is an assistant professor at the Faculty of Law of the Chinese University of Hong Kong. His scholarship on international law, legal history and theory, and Chinese law has appeared in leading academic journals including the Harvard International Law Journal, the Harvard Human Rights Journal, the Vanderbilt Journal of Transnational Law, and the Asian Journal of Law and Society, and his commentary on legal, political, and historical topics has also been published in numerous venues.

Professor Mitchell holds a B.A. from the New School, a J.D. from Harvard Law School, and a Ph.D. in Law from Yale University, where he was also an Andrew W. Mellon Foundation Humanities Fellow and received the Archaia Qualification in the Study of Ancient and Premodern Cultures and Societies. In his current and forthcoming work, he takes a particular interest in exploring the diversity of legal thought as reflected in various cultures, intellectual traditions, and distinct social and political-economic systems.