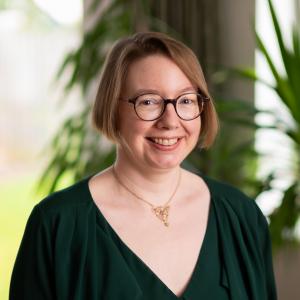 The Japanese tea ceremony was not the discussion topic at the Meeting Minds Weekend in Oxford, on 21 September 2019. The chair Judith Freedman introduced the inspirational speakers on the panel celebrating the first 100 years of Oxford Women in Law.  Professor Freedman (now Professor of Taxation Law and Policy at Oxford) studied law at Lady Margaret Hall when only 5 colleges admitted women.

How often do we have a chance to mark the 100th anniversary of the Sex Disqualification (Removal) Act 1919, which made it possible for women to qualify as barristers and solicitors for the first time? Keep reading and you will learn about some surprising facts highlighted by the distinguished speakers, addressing the Oxford Women in Law Network.

Christina Blacklaws, the immediate Past President of the Law Society, opened the panel by discussing the results from her remarkable Women in the Law project. As the fifth female president Blacklaws made the cause of improving the gender balance with the male-dominated legal professional one of her priorities. She presented the results of the series of roundtable meeting that she held world-wide. The reports showed that unconscious bias in recruitment and work allocation was the most widely identified barrier to equality, followed by unacceptable work-life balance. Blacklaws finished on a positive note encouraging the audience and their firms to sign up to the Women in Law Pledge she launched with her team in June 2019.

Dame Elish Angiolini shared the secret recipe on how she became the first non - political Solicitor General for Scotland on 5 December 2001 - also the first woman, the first Procurator Fiscal and the first solicitor to hold the post. She was installed as Lord Advocate on 12 October 2006.

Dame Sarah Asplin continued with her inspiring story of career progression from being called to the Bar in 1984 to her appointment both as a Master of the Bench and Queen’s Counsel in 2002. In her early days, she soon learned not to offer to make the tea when she was the only woman in the room.  She was also the first female tenant and first female Head of Chambers. She was made a Deputy High Court Judge in 2007 and was only the third female judge appointed to the Chancery Division of the High Court in October 2012.  Dames Asplin and Angiolini laughed about the time when they were invited to try on their robes for their ceremony to celebrate their QC appointments as ‘the measurements and robes were only designed for men’.

Anne Davies, the Dean of the Oxford Law Faculty and Professor of Law and Public Policy, highlighted the struggles that women face when working in academia. ‘When we receive resumes for various positions at our faculty, women’s list of publications tends to be much shorter than the one from the male applicants. However, this does not mean they have achieved any less and we strive to remove this bias during our selection process at the Law Faculty’. She explained that the construction of  merit should not be tainted by discrimination.

The talks were followed by questions and answers which included the topic of quotas, on which there was not total agreement on the panel and the importance of having  agile working for all (not only mothers) if progress was to be made.

Resources from the Law Society

Women in Leadership in Law - Toolkit

Women in Leadership in Law - Blueprint for Gender Balance