Human Rights in the Menstrual Movement: Reductionism and Renewed Potential from Below

This is an online event. To attend, register here. Please note that this event may be recorded.

Many current efforts at the global level are at risk of instrumentalization, tokenism, and reductionism. However, the menstrual movement is not monolithic, and many grassroots initiatives employ a broader and more nuanced understanding of human rights. Combined with normative arguments, this allows re-envisioning human rights in the menstrual movement (from below) to address gender injustices. At a conceptual level, my work is embedded in critiques of the human rights ‘enterprise’ as risking to lose legitimacy and seeks to contribute to the emergence of a stronger human rights movement that bridges the local and the global.

Dr Inga Winkler is an Associate Professor in International Human Rights Law at the Central European University in Vienna, Austria. She takes a socio-legal approach to her research bridging institutional protection and socio-cultural dimensions of human rights, global policy and grassroots movements, and critical reflection and practical application. Issues that are considered taboo, such as menstruation, have piqued her interest.

Her books include the first comprehensive monograph on the human right to water, the field-defining Palgrave Handbook on Critical Menstruation Studies, and an edited volume on the Sustainable Development Goals. She is the founder and director of the Working Group on Menstrual Health & Gender Justice, and co-chair of a standing Seminar on Menstruation and Society at Columbia University.

Her research is on discrimination law, feminist theory, poverty and disability law. Her monograph, Intersectional Discrimination (OUP 2019), which won the runners-up Peter Birks Book Prize in 2020, presents an account of intersectionality theory in comparative discrimination law. Her work has been cited by the South African Constitutional Court and the Supreme Court of India. Shreya is currently working on project on 'Equality Law in Times in Crisis' funded by the British Academy. Previously, Shreya was based at the University of Bristol Law School as a Lecturer in Law. She was a Max Weber Fellow at the European University Institute, Florence and a Hauser Postdoctoral Global Fellow at the NYU School of Law, New York. She completed BCL with distinction and DPhil in Law on the Rhodes Scholarship from Magdalen College, University of Oxford. 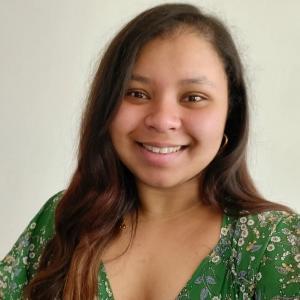 Saarrah Ray is reading for a DPhil in Law and she is the recipient of the DPhil Law BAME Scholarship awarded by the Faculty of Law in conjunction with Christ Church. Her doctoral research, under the supervision of Professor Imogen Goold and Professor Jonathan Herring, focuses on Reconceptualising the ‘Designer Vagina’ as Violence Against Women: A Feminist Argument Supporting The Criminalisation of Female Genital Cosmetic Surgery.

Saarrah is also a Non-Stipendiary Lecturer in Law at The Queen's College, teaching Tort Law.

Saarrah holds an LLB (Hons) (first-class) and an MA in Bioethics and Medical Law (distinction) from St Mary’s University Twickenham, London. She also volunteers as a researcher for The Vavengers, a UK-based charity working to eradicate female genital mutilation. Saarrah’s general research interests encompass the intersections of feminism, race, sexuality, culture, and the law.