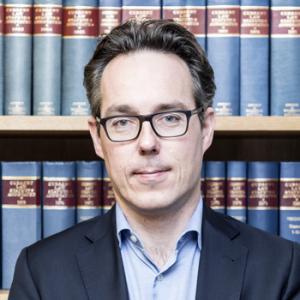 Judge Frank H. Easterbrook (United States Court of Appeals for the Seventh Circuit) gave the fourth and final lecture in the series ‘The Common Law and Finance: Perspectives from the Bench’ on Thursday May 23.

The series, convened by Joshua Getzler and Kristin van Zwieten, was motivated by “legal origins” literature in which the apparently persisting effect of origin or legal family has been explained by reference to the role of the courts, and particularly the idea that common law courts are peculiarly well positioned to respond to changes in markets. This claim, which reprises ideas about the adaptive capacity of the common law that featured in foundational law and economics literature, has to date largely been developed through historical analysis of the evolution of courts in particular colonising jurisdictions, rather than through (e.g.) contemporary comparative studies of the functioning of courts. The idea of the series was to ask senior judges from a number of common law jurisdictions to reflect on the role of the judge in the regulation of commerce and finance, with a view to obtaining richer, more granular evidence that might provoke new comparative research in this field.

Judge Easterbrook’s lecture was entitled “Legal Origins, Securities Fraud, and the Efficiency of the Common Law”. The lecture began with an apparent puzzle. In early law and finance literature, the comparatively stronger performance of common law jurisdictions in the development of securities markets was linked to a regulatory approach that was largely facilitative. (“The benefits of common law appear to lie in its emphasis on private contracting and standardized disclosure and its reliance on private dispute resolution using market-friendly standards of liability”: La Porta, de-Silanes, and Shleifer, 2006). But these jurisdictions also feature long-standing, judge-made rules on fraud, and these might seem to pose a challenge to the facilitative model posed in the literature: “One of the enemies of this approach could be the law of fraud, which is costly to enforce, relies on judicial discretion, and takes a long time once suit begins”. Through a careful and scholarly treatment of US law, Judge Easterbrook demonstrated why on a proper analysis this was not so. Judge-made rules on fraud had the potential to be very costly, both in terms of the costs of their administration and the potential for error in their application. Crucially, however, the study of the development of these rules in the US context revealed the emergence of a number of judicial methods for controlling such costs. These innovations meant that common law rules on fraud were better understood as complementary to the existing literature.

The lecture was followed by comments from Professor John Armour, who linked Judge Easterbrook’s lecture to the broader themes of the series by considering various accounts of the distinctive features of rule-making in common law systems, and the implications of these accounts for replicability in non-common

law jurisdictions. Further empirical research to test these theoretical accounts was urged, a point also emphasised in the lively Q&A session that followed.

A special journal issue dedicated to the series is planned.

The series was generously sponsored by the Bapsybanoo Marchioness of Winchester Trust, the Travers Smith Fund, and the Commercial Law Centre, Harris Manchester College, Oxford.