Joint Conference on Recoveries in the Vicinity of Insolvency 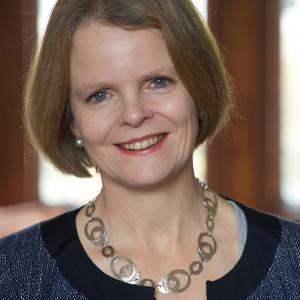 On 11th January 2019 the Commercial Law Centre and the National University of Singapore’s Centre for Law and Business jointly hosted a group of senior practitioners and scholars at Harris Manchester College for a conference dealing with Recoveries in the Vicinity of Insolvency.

The conference was organised by Louise Gullifer and Jennifer Payne (Oxford) and Wee Meng Seng (NUS).The conference considered not only British law, but also drew practical and comparative insights from the handling of near insolvency situations in German, Chinese, Singaporean, Australian, Spanish and US law. Speakers included participants from four of the members of the Global Network for Commercial Law Research, which was founded by the two collaborating centres. The conference was attended by leading academics and practitioners, ensuring a lively discussion of all the papers that were presented.

The first paper, presented by Reinhard Bork (Universität Hamburg), dealt with the German perspective on the reversal of value extraction schemes. Reinhard Bork set out the problem of shareholders extracting value from a company in the vicinity of insolvency, for example, by granting unusually high interest rates for shareholder loans. He outlined the German solution to these issues, focusing on German transaction avoidance law as well as solutions in German company law and general civil law. Simin Gao (Tsinghua University) commented on the paper from the standpoint of Chinese law and practice, including introducing a theme that recurred throughout the day: that, despite legal solutions on the statute books, actions brought by office holders were very rare indeed.   Richard Williams (University of Cambridge) presented his paper on the UK regime whereby the Secretary of State can accept disqualification and compensation undertakings in situations where the court could impose orders.    The paper focused on the fairness and the effectiveness of the undertaking regimes, emphasising the extensive  role of the Secretary of State as investigator, prosecutor and adjudicator of eligibility.

Wee Meng Seng’s (NUS) paper considered the resurrection in Singapore of the Cork Committee’s recommendations on wrongful trading, in comparison to the solutions adopted by the  UK and Australia.. Wee Meng Seng particularly concentrated on the question whether there was a need for the new section 239 of the Singapore Insolvency, Restructuring and Dissolution Act 2018,  and on whether the definition of wrongful trading in that section was too narrow.    Paul Davies (University of Oxford) commented on the paper, pointing out the pros and cons of using rules and standards, and introducing a discussion as to the purpose and effectiveness of the wrongful trading provisions in all three jurisdictions. The fourth paper was presented by Irit Ronen-Mevorach (University of Nottingham) and Ignacio Tirado (UNIDROIT) and considered the possibilities of controlling distressed SME debtors’ behaviour, particularly focusing on the concept of wrongful trading on the one hand and a duty to file on the other hand. They pointed out the importance of SMEs and emphasised that solutions were needed that address the needs of insolvent SMEs. They presented a “modular approach” to various parts of the insolvency procedure, and recommended a balance of incentives to overcome the unwillingness of financially distressed SMEs to use insolvency procedures (and therefore to benefit from the modular approach).    Sandra Frisby (University of Nottingham), in her comment, attempted to identify the typical mindset of a director of an SME in order to assess where the balance of incentives and sanctions should lie.

Last but not least a panel discussion took place on the UK Government response to the consultation on ‘Insolvency and Corporate Governance’, focusing on section 2 on sales of businesses in distress and section 3 on value extraction schemes. Jennifer Marshall (Allen & Overy) set out a number of concerns regarding the proposals in section 2, including the possible conflicts of interest that are likely to arise if directors of parent companies have imposed upon them  duties to creditors of a subsidiary. Hamish Anderson (Norton Rose Fulbright) considered the section 3 proposals and explained the beneficial changes that had occurred between the Government’s initial proposals and the response paper of 26th August 2018. Instead of introducing completely new measures, two quite modest amendments in relation to extortionate credit transactions and the burden of proof within the preference rules are now the only proposals in relation to value extraction schemes...  Edward Janger (Brooklyn Law School) commented on both sets of proposals  from an US perspective, focusing on a comparison of US and UK law and assessing the relative importance of clawbacks and directors’ duties in each jurisdiction.