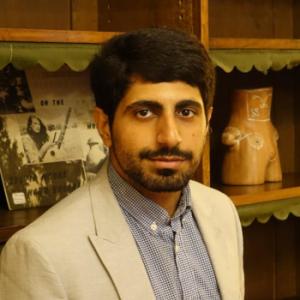 On the 22nd of January, Partisanship and the Constitution held a seminar to celebrate the publication of Fabio Wolkenstein’s new book Rethinking Party Reform.

Fabio Wolkenstein is Associate Professor in Political Science at Aarhus University and Affiliated Researcher in Political Theory at the University of Amsterdam. He works on democratic theory, political parties, representation, populism, and the political theory of the EU. Three commentators – Alasia Nuti, Paolo Gerbaudo and Stuart White - shared their views on Professor Wolkenstein’s new book.

Rethinking Party Reform argues that parties are a fundamental link between citizens and representative institutions but they need to be reformed to address profound cynicism and mistrust about party politics. It proposes a deliberative theory of party democracy, a theory of the party as a deliberative space, comprised of deliberative fora, pre-eminently the Party branch.

Dr Gerbaudo highlighted the way in which digital parties abandon the structures that Professor Wolkenstein would rescue. These parties think intermediary structures such as Party branches are responsible for the alienation of citizens and parties. Sometimes local party structures are corrupted, notably in clientelist states. He asked why, in practice, party reform does not take place? Parties ultimately need to contest power, and perhaps the need for deliberation needs to be subordinated to this overwhelming objective.

Dr Nuti underlined the present importance of populism and the populist radical right. She argued that the implicit assumption in the book was that reinvigorated mainstream parties could address the rise of the radical right. However, in the US and UK, the populist right has ventriloquised mainstream parties. In these jurisdictions it is not obvious that there are good, instrumental reasons for intra-party democracy, whether as a path to power or as a bulwark against the populist right. Why, for example, would the Tories introduce an intra-party democratic model? She also highlighted changes in partisan activism in a more individualistic age. Political identity is changing, but it is not “in decline.” For example, age and white identity have become much more important reasons to identify with political groups and it is hard to see this sort of change as a demand for party democracy.

Professor White focussed on the theoretical groundwork for the book, which includes two views about how to institutionalise popular sovereignty. The argument begins by setting out the “Radical View” of plebiscitary democracy. It dismisses this view as unappealing, in part because it enables elites to control the agenda. The book then turns to what it describes as the “Indirect View”, which seeks to implement popular sovereignty through representatives. It addresses the defects of some electoral mechanisms, and the widespread feeling that citizens have lost control of their representatives. Professor Wolkenstein argues that we should not reject this view of representative democracy. Instead, we should correct it, by connecting it to the citizen. Professor White asked if the book rejects the radical view too hastily, noting the space for democratic innovation, embodied in citizens assemblies, and referendums where the right of initiative lies with citizens rather than their representatives. He argued that the Indirect Model is well suited to normal politics, but constitutional politics might require a more radical approach.

Professor Wolkenstein thanked the commentators and defended the view of deliberative democracy set out in the book. He asked whether some of the instances discussed were defective, rather than desirable sorts of popular sovereignty. For example, charismatic leaders who connect directly with the people through Twitter, leave little or no space for citizens to exercise control. This is limited, and limiting conception of what it means to be sovereign.

The panel agreed, with no little irony, that it is difficult to  theorise parties and partisanship in the middle-ground between grand theory and intimate case-studies. Rethinking Party Reform connects theoretical and empirical arguments about party politics with deceptive ease. We recommend it to readers interested in the problems of partisanship, populism and the constitution.

Dr Gerbaodo is a Senior Lecturer in Digital Culture and Society and Director of the Centre for Digital Culture at King’s College London. His first book Tweets and the Streets: Social Media and Contemporary Activism (Pluto, 2012) critically assessed the impact of social media on the wave of movements of 2011 from the Arab Spring, to the Spanish 'indignados' and Occupy Wall Street.

Professor White is a Fellow of Jesus College. His research focuses on democracy, citizenship and property rights and the question of what rights to resources we should have as members of a democratic community.

New OxHRH RightsUp! A Historic Moment: The Drafting of the New Chilean Constitution

New OxHRH RightsUp! A Historic Moment: The Drafting of the New Chilean Constitution

Political Parties Partisanship and the Constitution