Tarunabh Khaitan
Professor of Public Law and Legal Theory, and Head of Research in the Bonavero Institute of Human Rights

Mindy Chen-Wishart
Professor of the Law of Contract 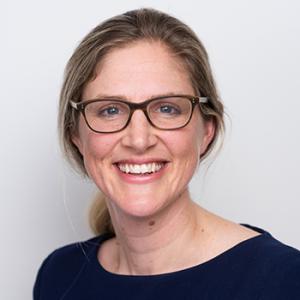 The Faculty of Law is delighted to welcome​ Professor Tariq Modood (University of Bristol) to deliver the Oxford Law Faculty’s Annual Equality and Diversity Lecture for 2021, with a lecture entitled ‘Islamophobia and the Struggle for Recognition'.

The event will be chaired by Professor Tarun Khaitan (University of Oxford; Head of Research at the Bonavero Institute of Human Rights), with an introduction by the Dean of the Oxford Law Faculty, Professor Mindy Chen-Wishart.

Abstract for the lecture:

The concept of Islamophobia as anti-Muslim racism is establishing itself in social science and public discourse alike. Yet there is a tendency to focus on Muslims as an ‘Other’, an ascribed identity, at the expense of Muslim inter-subjectivity and agency. ‘Othering’ analysis also does not attend to how to distinguish between Islamophobia and reasonable criticism of Muslims and Islam. This suggests the need for a multiculturalist rather than merely an anti-racist understanding of Islamophobia; one which sees discrimination within a larger frame of a struggle for recognition and institutional accommodation of difference.

Tariq Modood is Professor of Sociology, Politics and Public Policy and the founding Director of the Centre for the Study of Ethnicity and Citizenship at the University of Bristol and the co-founder of the international journal, Ethnicities. He was a Robert Schuman Fellow at the European University Institute for part of 2013-15, a ‘Thinker in Residence’ at the Royal Academy of Flanders, Brussels in 2017. He served on the Commission on the Future of Multi-Ethnic Britain, the National Equality Panel, and the Commission on Religion and Belief in British Public Life. He was made an MBE for services to social sciences and ethnic relations in 2001, a Fellow of the Academy of Social Sciences (UK) in 2004 and elected a Fellow of the British Academy in 2017. His latest books include Essays on Secularism and Multiculturalism (2019), Multiculturalism: A Civic Idea (2nd ed; 2013); and as co-editor Multiculturalism and Interculturalism (2016) and The Problem of Religious Diversity: European Problems, Asian Challenges (2017). His website is tariqmodood.com.